Putting the grrr in girl 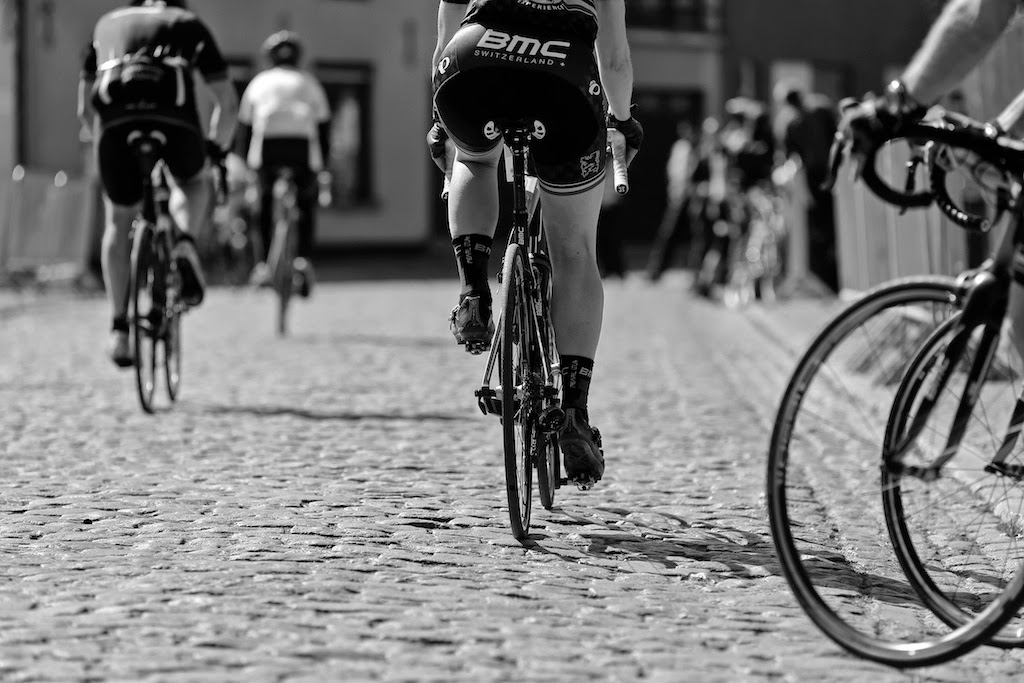 So this week I've been following the first Women's Tour of Britain, noted the 100th birthday of Billie Dovey (now Fleming) who accumulated over 29,000 miles riding every day in 1938 to promote health and fitness, and read about Alfonsina Strada, 'the devil in a dress', professional cyclist who, in 1924, was the first and only woman to ride the Giro d'Italia.

They're interesting examples of women cycling. Alfonsina Strada. What a woman. She competed against the men and always put in creditable performances. Billie Dovey's amazing feat earned her sponsorship from Cadbury and a chain of bike shops. It's evidently brought her longevity and happiness (as in this article with Cycling Weekly).

But in the intervening almost-century, what have we seen? Women were promptly banned from riding the Giro after Alfonsina's attempt (she wasn't first, but neither was she at the back of the field). Women elite pro-cyclists today struggle to make a living - even our Olympic stars (as in this article about Emma Pooley). And the Women's Tour of Britain, today in 2014, is the first race to have similar logistical standards to the Men's Tour, and proclaim that its prize money is on a par with the men's.

Since riding the Tour of Flanders I've been chewing over women and cycling. It's kind of shocked me. I guess I live most of my life in a world where there's more equality - the industries I've worked in are teaming with women, and to be honest I've never felt that I have been judged on anything other than merit.

But in cycling I feel like I'm looking backwards, to a time when sexism was more acceptable. Where women are a very definite minority. And where expectations of us are, quite frankly, low.

I found it much more noticeable in my recent foray into road riding. I see many more women when I race cyclocross and mountain bike - they ride the same courses and compete in the same competitions as men. There's still a way to go and there could be more of us, of course, but I've not felt the difference as acutely as when I started paying attention to road riding.

The culture of road riding puzzles me. Why is it that the women's races are so much shorter than the men's? Why isn't there even a women's race for all the big races? Why are women-only sportives so short? Why is it that there were only two women riding the 180km Wrynose or Bust? Why does Cyclist magazine so rarely feature women?

So, I've thought about the process that got me into the events I've done so far. What made me want to do them when so few other women do?  For me, it was seeing events as a challenge I wanted to be part of and to say I'd done. I bought into the romance of the ride. I was more worried about my relative late-coming to cycling, not my gender. It was only later that I realised that there was a distinct lack of other women.

In cycling I'm an outsider. But in the rest of my life I was brought up to succeed at whatever I do - a girls' grammar school girl from three generations of girls' grammar school girls for whom the targets are there and hitting them is just a matter of hard work. Physics doesn't care whether you're a girl or boy. You learn, you take the exam, you make the grade. That was my approach. And that's been my approach to cycling challenges. Train, practice, ride. And hopefully finish smiling.

So what is it with road riding? Are we scared? Not fit? Not strong? I don't think so. There are plenty of strong, fit and amazing women out there who can (and do) ride the miles. Although they are a minority they show that it's perfectly possible. I suspect that there are others who probably haven't thought about doing it because it seems daunting. Or because they're training for the events which are there for women and they want to win what's there to be won. If you're brought up to be a female cyclist, you train to win the events that are there for you. I get that.

To my mind, the issue is one of low expectations. Here's your race, a nice little 135km (never mind the men are doing double). Or, we've got you a gentle sportive where you can choose to have your coffee and cake after 60km or 100km. And like so much everyday sexism, the expectations of those around us shape the expectations we have of ourselves. It's a mould which is hard to break.

I think we simply don't realise what we can do. If a 42 year old moderately fit female mountain biker can cheerfully ride 150 miles on six weeks of training, the rest of you can surely do just as well and better? And honestly, you'll love it. Great to be on the road for a good long day out, fantastic to feel the distance, see the passing landscape, challenge the legs and the lungs. Brilliant to be able to say 'I did that'.

So isn't it time we put up tougher challenges? Runners run marathons - not girl marathons and boy marathons. It's the same distance. We should get used to it in cycling.

Not to mention the prize money. Women get a fraction of the winnings men get. Turning pro is a difficult decision for a female cyclist. Not just 'will I win?' but also 'will I starve winning?'. And without there being more women in pro-teams - and races for them to compete in - we're just not going to get the growth that the sport needs. Our Olympic development programmes have shown how achievable growth and excellence are in the right environment. In cycling, this needs redoubling - not just for the Olympics, that tiny one in four year pinnacle, but for the year round calendar. Don't get me wrong, I think that in the UK we're probably as good as it gets. It's indicative that the Women's Tour of Britain is the first national tour to be as well supported as the men's. It's just time that more races take more steps to do the same.

Yes, we need more women to get into cycling and entry-level events are a part of that. Rides to get women hooked. To get the culture going. Not just the youngsters too. I love seeing that women I race against in cyclocross there also supporting their daughters in the youth categories - that's the kind of culture which will grow the numbers and quality of riders.

But we also need a ladder upwards. We mustn't stop on the first rung. The increasingly popular women-only sportives need to include both short distances and long distances (100km isn't long, 160km is getting there). Women's road races need to well, exist (heavens, this is the first year that there's a single stage of the Tour de France with a parallel, if shorter, race for women), and grow to a similar stature as men's. There's a feedback effect between creating opportunity and women seizing it which can and will grow the sport.

It's time to get the message out, 'Hey ladies, don't look down, you can go the distance. You can hold your own. Alfonsina Strada and Billie Dovey would be proud of you.'

Women. Expect more. That's all I have to say.


Afterword
I'm just going to reiterate here another big thanks and massive kudos to the team at BMC for choosing me and Kathi Hausmann to ride the Ronde. Thanks for your faith in women cycling. There is hope! 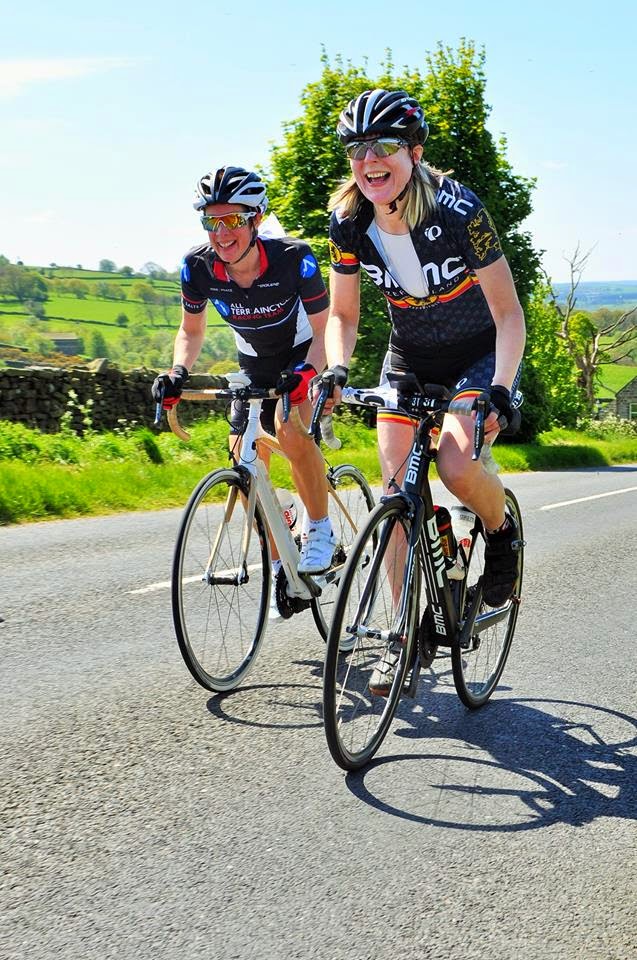 with the indomitable Jane Chadwick
Posted by Beate on a bike at 05:55