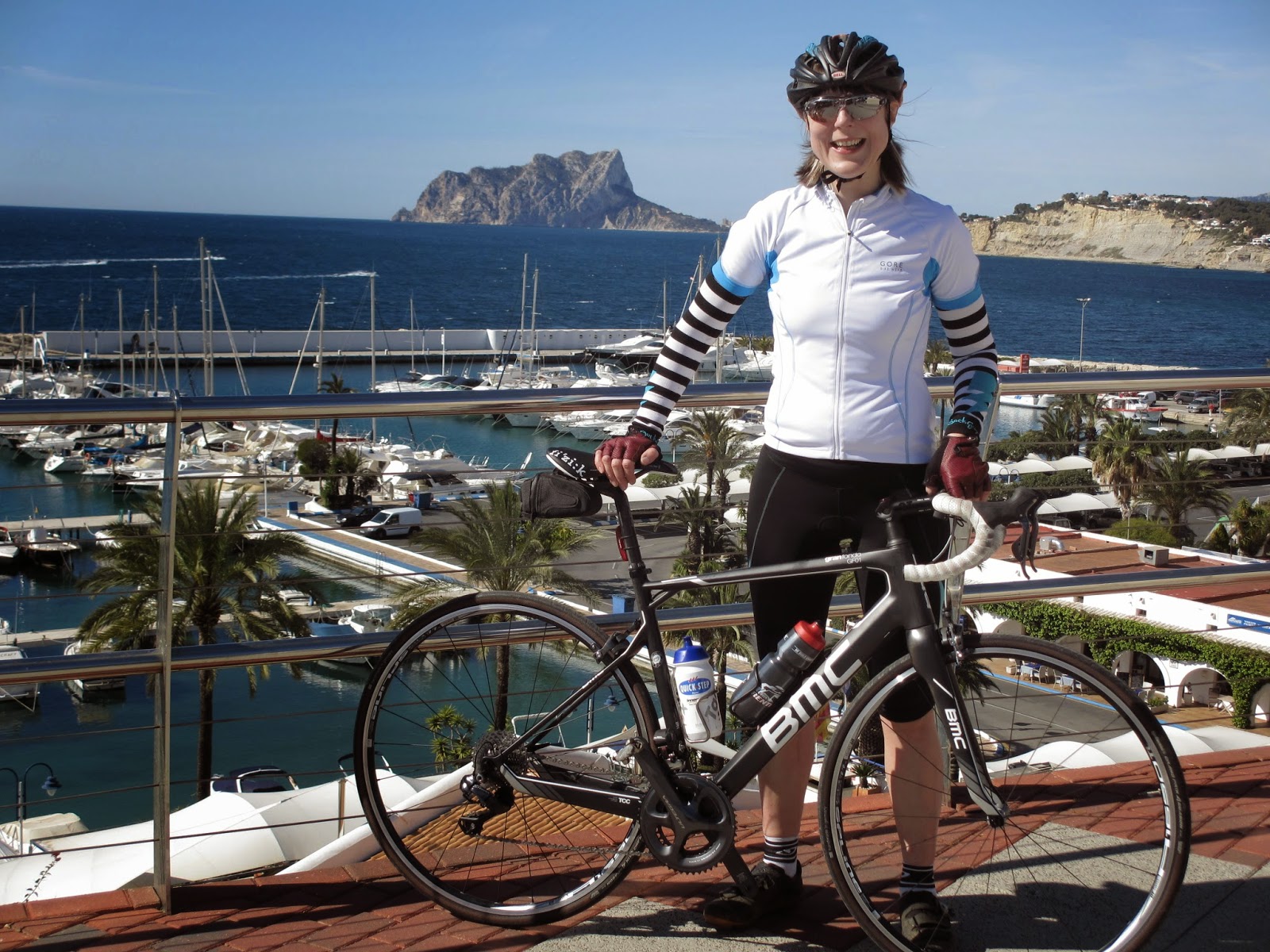 "Hello, my name is Beate Kubitz and I am a gear mangler."

Thus begins my confession at bike-wreckers anonymous. My fantasy self-help group who will listen sympathetically to my weekly unburdening that I am a klutz. A seasoned destroyer of finely machined chains and mechs, breaker of derailleur hangers and greatest fan of the power link.

So when I won my BMC Granfondo, once I'd finished squeaking with excitement and delight and utter overwhelmedness, I nearly called them right back to confess to them that I, in no way, deserve a bike with Shimano Di2 electronic gears.

Give me a piece of bling, and I will find a way to chew and snarl it up. I regularly ride with my chain in exactly the wrong position, at full diagonal stretch from front chainring to rear cassette. There's usually a gentle clearing of the throat from behind me to warn me that Chipps is about to commence his reproachful mantra 'darling, did you mean to be in your big ring right now?'.  'Oh no, I was just changing up (or down)' I lie cheerfully, whilst shifting away, accompanied by a horrendous set of clickings, crunchings and crackings as I try to find a more appropriate combination of cogs.

I couldn't quite admit to BMC that I wreak this kind of havoc. So the call wasn't made and the email remains unsent. And I went to Evans to be presented with the Granfondo, looking sleek and smooth and just beautiful. Press on the shifter paddle, and a discreet whirr indicates that you are shifting. Just keep turning the pedals and a new gear will present.

I rode out with trepidation. Expecting to do my worst and have to return to Evans, shame-faced and clutching bits of chain and cog in an oily rag, hoping they would sort out whatever disaster I'd created.

But that's the thing. The gears just work. The little motor shifts precisely so there's no doubt you'll be in the gear you ask. There's no cable stretch because you don't tension the cable. Di2 means that the cable is really a power lead between the switch (the gear shifters) and the motor which moves the derailleur. So I won't be having to change the cable or adjust the gears to allow for changing cable length as it stretches with use (something that has had me flummoxed on long rides before). It won't get harder to shift as the cable wears and is coated with road grime. It'll just keep transmitting a little electrical power surge to the tiny motor, which will make this shift exactly like the last.

So what else do I love about it? It doesn't moan when I put it into the wrong gear and it's by far the easiest bike to correct if I do (wrong gears are always a sign that I'm tired, so this is hugely appreciated). Ooh and you can press and hold the shifter paddles and the chain will skip up or down the back cassette as happily as a spring lamb for as long as you do. Gone are the days of multiple repeats of the shift, click, crunch cycle, and I feel a better woman for it.

Removing the derailleur for travelling is easy - you just unplug the cable before un-mounting the derailleur. And there's no faffing putting it back, it plugs in and the gears work without any adjustment (Well, they did for me. Adjusting them isn't too bad - there's a reset button or for finer adjustments, a YouTube video below). The battery pack needs unplugging when you remove the seat post too, but that's it.

This generation of Di2 is less chunky than the last, the motorised derailleur is remarkably compact with hidden battery concealed in the seat post so there's minimal extra paraphernalia other than a little junction box to be mounted on your handlebars (where adjustments can be made and the charger plugged in) which is the least aesthetic bit. Internal cable routing makes sense - given that it's an electrical cable, rather than a cable which is under tension - so routing round corners isn't an issue. It should be very low maintenance (the indicators are good so far but ask me again in another few thousand kilometres).

If you've always thought that gears were illogical (yeah, why does the same action shift up with your left hand and down with your right?) you can change that now and have your Di2 programmed however you like. All gears going up on the left and down on the right? Yes you can do that. All your other bikes are traditional and you don't want to be confused? You can keep it traditional too.

So, I am a starry-eyed Di2 convert. I already was secretly impressed when Chipps used one of the early models on his 2012 Three Peaks 'cross bike and it rode through the infamous Pen y Ghent headset-deep river which was a 'feature' of that year's race. The gears worked perfectly even after total immersion, and a couple of weeks later when we could finally face looking at our bikes again (it had been the worst race weather on record) the motor whirred obediently back to life as though the bike hadn't just been callously abandoned in a barn.

I've always thought that you need to work your way up on bikes - start with slightly clunky kit that you learn on and then finesse it over time. And I am wary of over-complication and over-engineering simple processes. But I'm changing.  Di2 has made my riding so much easier - I worry much less about gear changes and therefore am always seeking the perfect gear for the situation - that it's something that anyone who rides a reasonable amount should consider sooner rather than later.